I first went to Dave in November 2013. I had been in the early stages of preparing for a 24-hour ultra-adventure race due to take place 4 months later.

Dave really opened my eyes to how an athlete should train and look after themselves. Every gym session with Dave is different and he continuously raises the bar with his workouts that are both physically and mentally demanding.

I have been going to Dave for almost 4 years now and in that time I have attained a Marathon personal best and completed some of the toughest endurance events in the world such as The Marathon Des Sables in the Sahara Desert and The Jungle Ultra Marathon in Peru.

This is largely down to the conditioning my body and mind has undergone under the guidance of Dave. I would definitely recommend Dave to anyone who has a willingness to work hard. He will take care of the rest. 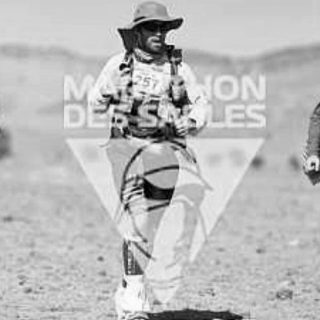 I first went to Dave in early 2015. I wanted to add that extra bit of power and explosiveness into my Muay Thai game. I had a consultation 1st before I started training to set goals and to talk about what exactly I wanted from the training.

For Muay Thai, being explosive is key, so strength and power training must be sport specific and transferable. And that’s exactly what I’ve got from training with Dave. He is very knowledgeable of how the body works and really gets the most out of you in each and every session. He knows exactly when you have gotten the most out of your muscles and will move onto some else.

I would definitely recommend Dave, he is the best Strength & Conditioning coach I’ve trained with.

I began training with Dave in January 2017. I was looking for a change from the boredom of the typical gym routine and an escape from crowded gyms with lads standing in front of the mirror pumping their biceps for an hour solid!

I found exactly what I was looking for with Dave. He has a facility with no frills, no mirrors for posing, no stereotypical machines, just body part training. He focuses more on training the body as a unit with modified strongman training using a range of equipment. Atlas Stones being my personal favourite!

Dave’s no-nonsense approach and intelligent programming has totally changed my training and I could never go back as before. If you are prepared to work hard, I could not recommend Dave enough. He has a great coaching style and his knowledge is second to none. His gym is a hidden gem in the Meath area. 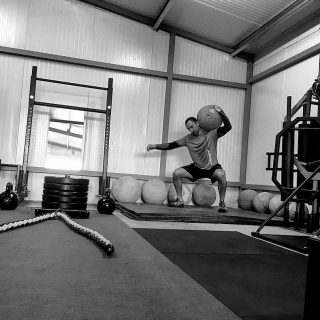 I’ve been working with Dave for over 18 months now. When I first came in I had a decent baseline fitness and strength level but had plateaued and progress was slow. Dave opened my mind to new ways of training, lifting and eating.

This has seen me make quantum gains in the period I’ve been working with him. To give an idea, I’ve put 25kg on my bench, 40 kg on my squat and 40 kg on my deadlift, all in and around 1.5 or 2 times my bodyweight. I’ve also seen dramatic increases in my power and aerobic capacity. I’ve never felt as strong or powerful going into a pre-season.

This is as a result of the variety in the sessions which makes them hugely enjoyable. The best thing is that I know I’ll continue to develop and improve, not because I’m exceptionally talented athlete but because the program Dave gives is THAT good. It is tough but the progress I’ve made makes it extremely worthwhile. 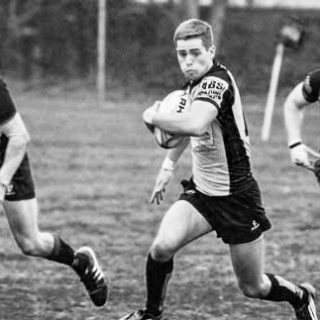 I approached Dave Handcock with an aim to increase strength and size and he was able to tailor a specific programme to cater for my needs. The help and advice that I received from Dave was second to none!  He was always on hand for advice and guidance.

I undertook a 5 week strength and conditioning programme and noticed sizeable gains in mass (5 kgs) and my big three lifts (bench press, squat and deadlift) went up 10 kgs taking them to levels which I personally thought were unobtainable.

Dave’s programmes have a mix of power and strength components along with specific power and plyometric combinations that really delivered and were what I needed to improve. The added cardio conditioning that he uses tops it off and when you leave the gym you know you have been working out!  A 10 out of 10 workout for any individual at any level.

When we sat down for our end of season meeting, the big conclusion from the players was that we wanted to be stronger and fitter. With this in mind we set at building a pre-season schedule with Dave, this was going to involve 16 team sessions spread over 8 weeks.  The training programme was tailored appropriately to all players ability and fitness needs. The sessions were about gradual progression and over the next 12 sessions Dave had a goal for all of us. He knew exactly where he wanted us be as a team when these 8 weeks would be up.

Dave is the most supportive and encouraging trainer I’ve ever had the pleasure of dealing with and would always take time to give the lads extra advise regarding gym programmes, nutrition and general well-being. The sessions became addictive and the gains were noticeable after the first few sessions. From a team point of view as the start of the season came close, we were all fitter and stronger and more hungry for success than we had ever been. To give some context our 1st team won 6 games in the 2012/2013 season in all competitions. We believed we had the talent but our fitness was letting us down.

After completing the preseason with Dave, we went on to win 19/19 games in all competitions in the 2013/2014 season.  We gained promotion to the top tier of the Leinster League and won the Provincial Towns Cup. It was the most successful year in our clubs 40-year history. One of the drivers of this was our fitness, for the last 20 minutes in every game we were always the fitter team!  Needless to say Dave has agreed to come on board with us again this year and there is no nervous energy about the first session as we know what working hard can achieve!

I am the manager with Naomh Barrog Senior Hurling Team. We brought David in to do pre-season training and conditioning work on my panel and used his services again a number of times during the season. His expertise and passion that he brought with him was quickly realised by my players and they immediately bought into his training methods! We are currently unbeaten in the league after nine matches and I directly link this to David’s involvement. I would therefore have no hesitation recommending David as his methods deliver results, which team sport is all about!

At Hybrid Fitness & Performance there is literally no place to hide. Highly enjoyable workouts by a very well educated, dedicated Strength & Conditioning Coach. Dave lives for proper results and won’t stop until you reach them. I totally recommend him and the Hybrid Fitness & Performance training facility. I’ve found this the most enjoyable and effective training that i have ever done. ”GET SOME”. Thanks Dave.